If you're female and you drink alcohol, you might want to read this 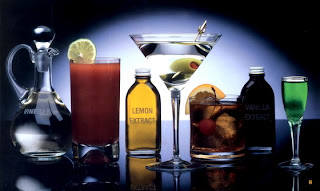 Image from the Net
A recently completed research revealed that women who regularly consume moderate amount of alcoholic beverages are less likely to gain weight compared to nondrinkers and have a lower risk in developing obesity.

The study which was conducted by researchers from Brigham and Women’s Hospital in Boston followed up the drinking habits of 19, 220 female subjects for 13 years. 60% of the subjects were light to regular alcoholic beverage drinkers while the remainder reported zero intake of alcohol.

Study results revealed that the nondrinkers in the study actually gained more weight - an alarming average of nine pounds - compared to the average weight gain of three pounds among the light to regular drinkers. The risk of becoming overweight for alcoholic drinkers was also noted to be approximately 30% lower compared to nondrinkers.

This does not mean though that women should run and gulp all the alcohol that they want because weight gain is almost out of the question. One research also revealed that an overweight female has a more efficient metabolism compared to her lean counterparts and so she will likely gain more weight from alcohol than a lean woman will do. What the study wants to convey with these results is that, for female patients who drink and have weight problems, alcohol may not be the the only one to blame at all.
This study was reported in the Archives of Internal Medicine last March 8, 2010.