Blogger's Note: Today marks a milestone for this blog as I invite guest writers to post their articles here.  The very first and today's guest post is no less than my sister, Katrina Paz.  I have always believed that she writes well and so as a form of encouragement, I asked her to post some of her articles in my blog.  A nurse by profession, she writes when she can but mostly for her personal journal.   She writes about her musings on daily living, simple aspirations, her outlook in life, and sometimes, her prevailing emotions.  When you do read on, I am sure there is a part of you that can relate. 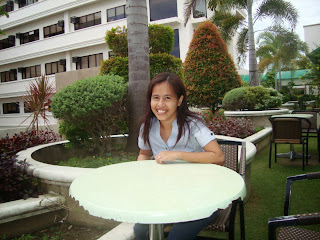 March 14, 2012.  Today I bought my new laptop. It is the first time for me to exclusively own one. As a child, I used to take a book off the shelf, open it in a way that it was like a laptop, then pretend I was typing on one. I wished to have one when I grow up. And now it has finally came true – after 20 years.

Way back in high school, our family had a personal computer. But since it was for the family, I could not call it my own and I cannot store in it my private files, or use it as much as I can, because we had to share. I gladly     shared it with my family and did not think much of getting my own since I hardly need one anyway.

In college, being away from home and living in a dorm, I had a lot of dorm mates that had laptops and personal computers.  My sister left her laptop with me for a while, but she asked to get it back when she started her residency training back then. I am the friendly type and so I can get away with borrowing one at anytime as long as they are not using it. I still remember I had to use diskettes as well as CDs to store my files. With the advent of USBs, I had more space for my files and it was very handy yet easy to lose. Sometimes jealousy got over me for not having a laptop of my own. But then I had to think that the course I chose was already quite expensive and so did not entertain the thought much. There were also a lot of internet cafes around our university and if one is perseverant enough, one can find hourly computer usage as low as 10 pesos.

When I was already working I stayed with my sistet and I still did not think much of owning a laptop or computer since my sister had one. I was able to use it anytime that I want but then I could not bring it anywhere because it was pretty heavy. It was also kind of old and so the programs would pull up kind of slow.

After a lot of struggles with saving money and with the inspiration of my boyfriend who bought his laptop after 12 months of installment, I decided to buy one. When looking at laptops, I was just considering the colour and what the programs were. Little did I know about the specs that I have to consider such as the memory of the computer and its speed. After hours of canvassing at different stores, weighing the features of netbook brands, and not to mention the mood of my boyfriend who was already kind of irritated because it took a long time for me to decide on what to buy, I finally found the netbook that passed my standards. My standards were - fast speed, big memory, nice music sounds, sleek design and attractive colour. I found all these in my new HP mini with Beats Audio.

Now I am happy and excited to explore the possibilities that I can do with my new laptop. Super excited that I can hardly sleep. Ha! Watch out world! :-)