The woman in the picture, carrying her newborn child was referred to me for medical clearance for surgical procedure. In the middle of my interview with her, my attention was diverted to the man in the picture, who was sitting at the foot of the bed. He was in fact, her husband. 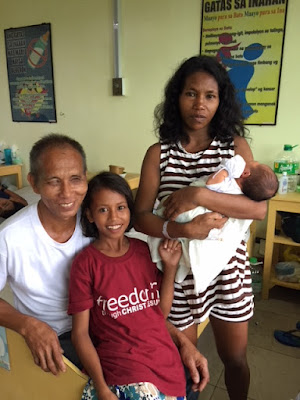 I even looked closely (yes,like, literally) to check if I was seeing what I was seeing then. Both of his eyes were blind. His right eye had a dominant opaque lens and it exhibited a right-sided nystagmus. I asked as politely as I can and he told me he has been legally blind on both eyes since the age of six as a complication of measles.

In layman’s term, legally blind would mean he cannot even perceive light on both eyes. Pitch black.

I went on to ask him what he does for a living, and he said he makes cabinets and furniture. I was even amused how he is able to pull that off considering that he has to mark his measurements on wood and cut the wood too. He just smiled and said it may sound unbelievable but that is  what he does and his smile was beaming with pride when he told me that the products he builds and puts on display does not stay idle very long and are sold out after a few days. He also accepts other errands that would give him pay after a day’s work.

What struck me even more was the absence of even the slightest hint of bitterness in this man. He was smiling most of the time when we were talking, not because of embarassment, but simply because he had long accepted his reality and is at peace with it. 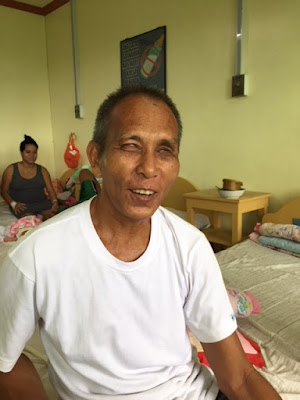 He even mentioned something to the effect that his mother probably forgot to have him vaccinated against measles when he was young. He ended that statement with a soft chuckle, giving me the impression that that does not matter a bit at at all. That is small stuff now.

He is at peace, even if he does not run out of trials, to add to his condition. His wife of 22 years just gave birth to their newborn baby boy, their 7th baby (7th heaven?) - adding to the six small mouths he already needs to feed - not including his wife’s and his.

Amidst all that, he maintained a positive mindset, confident that they will surpass all these trials and that the Almighty will not forget them and forsake them. He was kind of worried though if ever they would need to stay longer in the hospital. A longer hospital stay would mean a loss of opportunity for him to earn for his family. Now that gives us more than a hint of the diligence, perseverance, and sense of responsibility that this man has.

I may not exactly be super duper pious but I concluded our conversation by blessing him and wishing him well. Here is a man deprived of his sight since childhood but does not consider it as a hindrance to work hard for his family. His disability did not even succeed in crushing his hope for a better life for him and his family.

He may be blind, but his eyes which have long become strangers to light, are radiating with a lot of positivity of the almost blinding kind.

He is an inspiration. 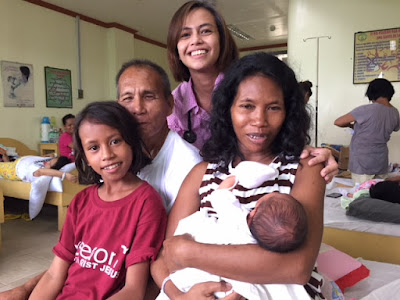 Note: Photo taken with permission. It shows in their smiles, doesn’t it? :D